This summer, DailyNord is off in search of remarkable buildings and their architects. First episode.
Behind the story of Villa Cavrois lies an extraordinary designer. A man ahead of his time, Robert Mallet-Stevens was one of the emblematic figures that revolutionised architecture and 1930s decorative arts. 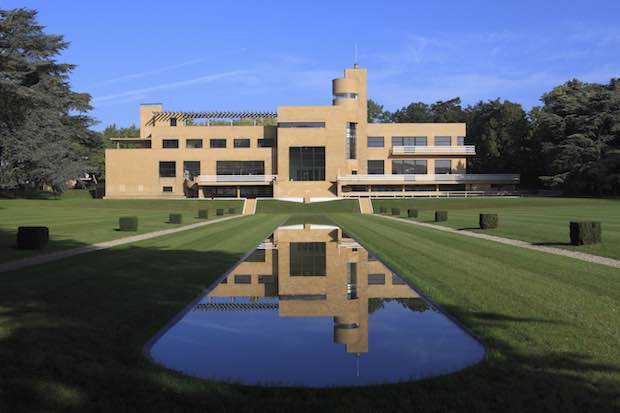 Paris, 1925. A meeting that changed all. Robert Mallet-Stevens, a 39 year old Parisian architect, was taking part in the International Exposition of Modern Industrial and Decorative Arts. His models drew attention, above all his cubic trees in reinforced concrete, which stunned Paul Cavrois in particular. The rich industrialist from Roubaix was looking to build an immense family home. The two men got on so well that the industrialist withdrew Jacques Greber, Northern architect inspired by the Flemish style, from the project and entrusted it to Robert Mallet-Stevens instead in 1929.

A work of art in defence of modern theories

Robert Mallet-Stevens was already well-known in architectural circles when he was commissioned for the Villa Cavrois project. He had designed several buildings: the Villa Noailles at Hyères (1922-1923), another of his modern achievements or several of the buildings still standing today in a Paris street that bears his name – Rue Robert Mallet-Stevens. But, in 1929, his application for membership to the International Congress of Modern Art was refused. The reason for the rebuff? A decorative aspect felt to be too present in his work. Yet that was his very claim to fame, as he considered himself to be an architect… AND a designer.

Avant-gardist, he saw beyond his blueprints and drew his inspiration from abroad (Holland, Belgium, Austria). The project that Paul Cavrois commissioned him for in the same year was the chance for him to realise a masterpiece which would defend to the full his modern theories that his peers had such trouble accepting.
Because Mallet-Stevens would turn his hand to anything without batting an eyelid! He had a number of fond spots: film set design, interior design, furniture design and architecture of course. A versatility that he was to fully employ in every square inch of the Villa Cavrois. “Home for a large family. “Home for a large family living in 1934: air, light, work, sports, hygiene, comfort, economical.” This is how Mallet-Stevens describes their villa in the publication “Une demeure1934”.

Reopened to the public

From the very first drawings, the modern palace is stamped with the geometric and modern spirit that was his hallmark. The house is conceived as a place of light, space and, above all, comfort. The villa is an incarnation of the architect and “a manifesto of the theories of the French Union of Modern Artists” according to Richard Klein, architect and Doctor in the History of Art. He thought of everything: the garden and its mirror of water, the furniture design, the marble in the parents’ bedroom, without forgetting the yellow bricks specially manufactured for the villa, the telephones fitted into the walls, the use of wireless transmission, central heating and, most striking of all, a lift, the height of modernity for the era.

Eighty three years after its construction, the Villa Cavrois, which was in a sad state of affairs compared to the prestigious thirties, has been given a well-deserved facelift at the expense of the State and has just reopened to the public. Listed as a historic monument and featured in the 200 Iconic Houses Network, dedicated to emblematic houses of the 20th century, it was announced only yesterday that the Villa has welcomed 10,000 visitors in its first month. The proof that Mallet-Stevens had foresight?