Emile Basly didn’t just have a school or boulevard named after him. He was also the « Tsar of Lens » and the figure who inspired, in part at least, the character Etienne Lantier in Emile Zola’s « Germinal ». 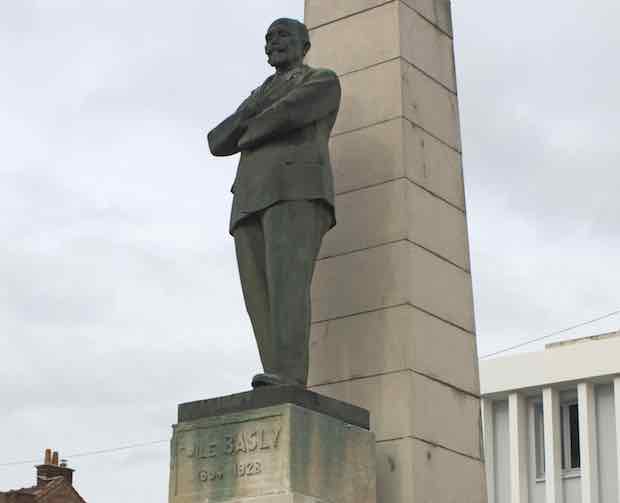 Of modest origins, our little Emile became an orphan at the age of 10 and was placed in the care of nuns before being adopted by a family of miners. At the age of 12, he found employment as a « galibot » — a young miner in the local dialect — at the Anzin Mining Company. But his bad luck continued: he married after doing his military service but his wife died soon afterwards. He remarried… the niece of his late wife who died fifteen years later. Emile refused to be defeated and remarried for the third time.

But what really interests us is his career as a trade-unionist and political figure. The militant is sacked by the mining company in 1880, opens a small bar and café and becomes trade-union secretary for the Anzin miners in 1882. Two years later, during a general mining strike at Anzin, Emile Basly became known as the « Untameable Miner » due to his hard and combative character. It’s at this time that he meets a certain Emile Zola who is doing research in the area for an obscure novel still in its infancy: Germinal. People say that the character of Etienne Lantier in Germinal was inspired by Emile Basly.

The local councillor from Denain goes into politics with a vengeance. Emile is elected Member of Parliament for the first time from 1885 to 1889, and then takes up office again from 1891. We should note in passing that he proposed a Bill for an eight-hour working day for miners. In 1900, Emile Basly became Mayor of Lens too, a town over which he would govern for 28 years until this death, earning him the nickname of the « Tsar of Lens ». We are indebted to him for the reconstruction of Lens after the First World War.