Have you missed the « opening » of the year?

If you haven’t heard the latest news, you must be living in the back of beyond or in some obscure corner of the North with no means of communication worthy of the 21st century. Retrospective on an astounding publicity campaign which didn’t cost a penny. 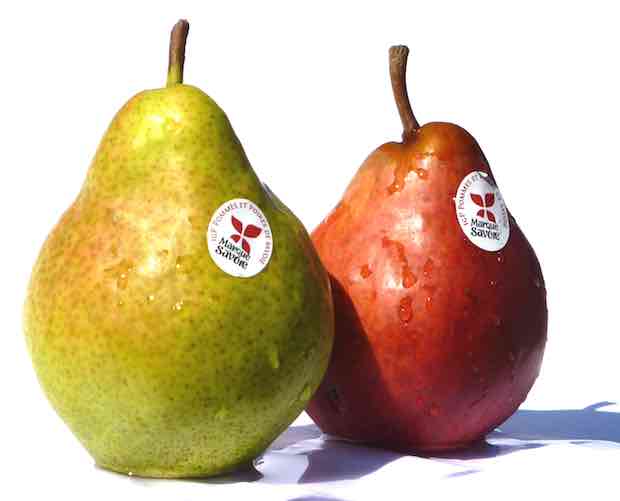 Guess what our photo has in common with the subject of our article : Mleprince sur Commons Wikimedias.

The marketing strategy could be held up as an example in all the business and marketing schools in France and beyond. Or how the absolute silence of a marketing service can generate dozens of articles in the press. .a whole campaign carried out without spending a single cent. These Americans are just too smart for words.

Don’t say you haven’t heard about it…where have you been these last few months ? If you’re a normal person active on internet, you must have noticed something about the opening of a certain computer store in Lille. Whether it was in La Voix du Nord, Nord Eclair, 20 Minutes, Métro News or on France 3 Nord-Pas-de-Calais, or on one of the innumerable specialist blogs. Yes, you know, the world famous company based in Cupertino, California…which is opening a « store » on rue Faidherbe. And whose emblem is the famous apple! Ah, got it now? But don’t expect us to actually mention the name: there’s no way we’re going to give them free publicity!

Free publicity in the media

We know what you’re going to say: hasn’t DailyNord already done so? The answer is yes, on three occasions. Over a few months in 2013, we ran an article on the established supplier of the brand, who was going to have to close shop in a nearby street and then made two brief references to it before deciding that enough was enough (apparently). Other medias continued to relay this highly strategic information.

Paradoxically, the erots elppa (yes, it’s back to front) has benefitted from an unofficial publicity campaign without precedent. DailyNord has done its counting: if you consult the revered Google News, a standard reference for the popularity rating of a news item, the 15th November opening in Lille was covered by about thirty articles in the regional press, the specialised press and even the international press as of 12th November (Le Soir relayed this information). La Voix du Nord even dedicated a « scoop » to the event in the Lille edition, which was published the next day in all the local editions under regional news. Any other old boutique opening in the region would love to have had the same coverage.

It has to be said that this store in Lille has been providing hot news for the media for a number of years. An internet search turns up the first mentions of a proposed store in 2009. Then came the news there wouldn’t be one in Euralille after all, with all the papers asking when it would finally come. This was followed by news that work was due to start soon, recruitment was launched, then work was cancelled, a possible opening date was mentioned etc. etc. etc. Even when another well-known high street name opened in rue Faidherbe, the headline included a reference to the other one…which was expected soon. Or again in an article announcing the arrival of a fair-ride, the headline reads: “There isn’t just erots elppa in life, there’s also ellinech elaedi!“* (back to front as well, to avoid any jealousy). What the two have in common is anybody’s guess…

But what can account for such media favouritism? With its key-notes, its new products (revolutionary, certainly), the business setting up shop in Flanders interests the medias and all those busy networking on the web. The same generator of clicks for web-sites mentioned above records this. DailyNord has sieved through its own statistics: as soon as mention is made of the American mega-company, the number of visits is multiplied by five or six compared to a « standard » edition. And all this interest is generated by a famous computer company that only represented 15% of the market last June!

To cap it all, as far as we are aware, the company has never deigned to make the least comment about opening a store in Lille. When we contacted their marketing manager over a year ago, we only got the laconic reply that there was no need for any announcement. At least that was short and to the point! With hindsight, she would have been mistaken to give anything away. The media did the job for her. And probably the game’s far from over!

Translated by Loveday Pollard and proofread by SafeTex