Why doesn’t the Nord- Pas-de-Calais region have any of the most beautiful villages of France?

It’s a cruel reality : Nord- Pas-de-Calais doesn’t have a single village included in the list of « The Most Beautiful Villages of France« ! Whereas we do have 157 « Villages in Bloom« . Sebourg was selected for Stéphane Bern‘s TV programme « The French People’s Favourite Village« . The region also has several Notable Art and Historical Towns…..But beautiful villages, not even a single solitary one, zilch. Why is this? DailyNord has interviewed Pascal Bernard, General Delegate for « The Most Beautiful Villages of France » association. 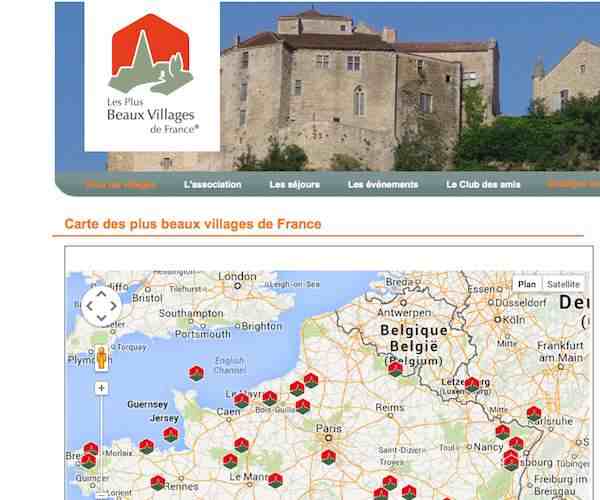 DailyNord: What exactly is « The Most Beautiful Villages of France »?

Pascal Bernard: « We are a totally independent association not linked in any way to the State or its institutions. « The Most Beautiful Villages of France » is more of an award than an official certification, because we are a private organisation. This award is intended to encourage local development by attracting tourists and so enable local shops and businesses to continue trading. However, we are not just an association which gives an award for quaint or charming villages, hence the choice of the superlative in our title: The Most Beautiful Villages. So we are deliberately exclusive in our choice of villages. Applying for the award doesn’t mean you’ll automatically receive it. About 90% of the applications are refused; some mayors know this and they contact us first to check if their village is likely to be accepted or not.

DailyNord: So how can you qualify as one of « The Most Beautiful Villages of France »?

Pascal Bernard: « It’s completely straightforward: there are just three criteria. The village must have a population of under 2,000 and have at least two protected sites, which can be architectural or natural features (where any alterations must be submitted for official approval by the Architecte des Bâtiments de France). Finally, there must be an element of democracy: the decision to apply is made at a village council meeting after carrying out a local opinion poll, for example. According to these criteria, there are 6,000 villages eligible of France. Note that we also charge a flat fee of 800€ plus 0.50€ per person to cover the costs of our survey, but that can be a stumbling-block for certain villages.

DailyNord: Is Nord-Pas-de-Calais the only region without any « Most Beautiful Villages of France »? And why aren’t there any?

Pascal Bernard: « There are in fact two regions without any village with our award: Champagne-Ardennes and Nord-Pas-de-Calais. We don’t have quotas, but apply the same evaluation grid on a national level. In any case we don’t bear any grudges against the Nord-Pas-de-Calais region! It’s a region which I’m personally very fond of and which has many great attributes…. We’d only be too delighted to welcome one or two villages from this region amongst « The Most Beautiful Villages of France »!  »

DailyNord: So how do you explain this lack for Nord-Pas-de-Calais?

Pascal Bernard: « The first reason is simply that tourism is not a priority in this region. Some villages even feel embarrassed at the idea of applying; their town councils baulk at doing so. There’s obviously a lack of know-how when it comes to tourism. It’s as if the elected representatives think that spending anything on promoting this would be a complete waste of money. They are convinced beforehand that their village wouldn’t be accepted. The second reason is that the area has been heavily industrialized. Consequently many villages are close to industrial sites or built-up areas, which means they are unlikely to fulfil our criteria for the award. Many of the villages that have been selected by us were abandoned during the period of the rural exodus, when people left in search of work. This factor led to the preservation of the historical village. By and large this isn’t the case in Nord-Pas-de-Calais, which also lost many features of interest to us during the two World Wars. Finally, many of the Most Beautiful Villages of France are castles or fortified villages surrounded by ramparts, built on top of hills and difficult to access. In other words, they were originally built as part of a defence system and gradually re-appropriated by the local people. It has to be admitted that fortifications give an architectural harmony to the whole village. The very topography and the history of Nord-Pas-de-Calais explain why it possesses very few sites of this type which could correlate with our selection criteria.

DailyNord: How do you carry out a survey?

Pascal Bernard: « When a village applies, we create a case study based on different sources to establish whether or not the village has already been identified as having historical interest. I’d done this preliminary research for the Nord-Pas-de-Calais region and there were fewer villages identified as possible candidates than elsewhere. There would be about 10 or so villages that could qualify in the North (out of 6,000 for the whole of France). But only one or two could be selected. I think particularly of Rubrouck. There are perhaps other possible candidates in Flanders; in Cassel for example. However as it’s a village street rather than a village, it’s not certain to be selected. » Wimille and Servins have already been candidates.

DailyNord: Have many villages in the region applied?

Pascal Bernard :  » To give you an idea of the numbers involved, Lot and Aveyron send us dozens of candidates. Whereas Nord-Pas-de-Calais has only sent in 2 applicants since the association’s foundation in 1981. In 1991, Wimille applied, but didn’t fulfil the criteria because this village in the Boulogne area doesn’t have the rural aspect necessary and has 4,000 inhabitants. Nowadays, we don’t even go and visit villages which don’t fulfil the basic criteria. In 2009, Servins (a village near Liévin RN) applied to be considered, but it didn’t come anywhere near fulfilling our conditions. As it happened, the President of the Urban Council had paid the survey fee to please the village (at the time this was Jean-Pierre Kucheida, former mayor of Liévin and since found guilty of fraudulent use of public money – Ed.). But it was clear that Servins didn’t correspond to the profile! It was a pleasant visit and we were made extremely welcome by the mayor and his councillors, but the award could not be given.

DailyNord : Would you encourage villages from Nord-Pas-de-Calais to apply for recognition as one of « The Most Beautiful Villages of France »?

Pascal Bernard : « Yes, definitely. Villages from the Nord region are very welcome to apply, but I’d advise them to contact me first so that I can explain clearly what we’re looking for. The aim of the game is not to get them to spend money unnecessarily. »

This article was translated by SafeTex and proofread by LCL Pollard