Ok, it was a rainy day but… So what? In the framework of its five-year project, DailyNord went on a visit to the Audomarois Marshes to get to know what the locals thought about UNESCO recognition and the coming construction of the Information Lodge. Good news in theory. But who reads a newspaper for good news? Long live Scepticism! 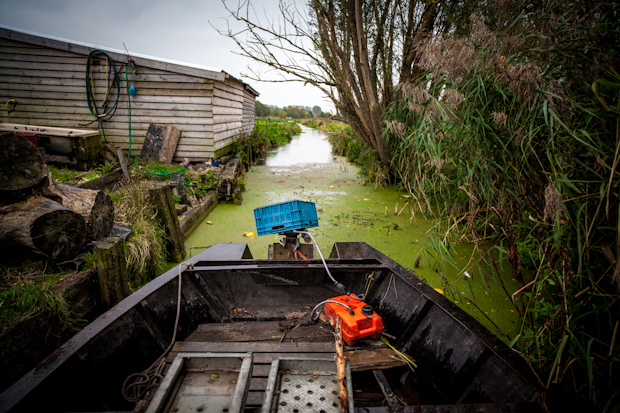 No place in the car here. The car has never been king here, held at bay by the ‘bacôve’, a flat-bottomed boat found in this marshland area. Photo: David Pauwels.

It’s true that there’s something really fascinating about these wetlands. Perhaps because they’ve been shaped by man since the Middle Ages. Perhaps because they figure amongst one of the rare humid zones both agriculturally productive and inhabited. Perhaps also because their 700 kilometres of navigable waters make it difficult to gain access on foot… and here, the car has no place. Nature reclaims its rights. The wetlands offer an exceptional environment for more than 1,500 different species of wildlife and flora.

Local councillors from all sides were therefore pretty much in agreement: the wetlands merited recognition as a world heritage by UNESCO. After 30 debates, only the local district of Saint-Momelin, located in the marshlands, voted against the project. At a time when the giant glass-works, Arc International, is faltering dangerously, it’s perhaps the moment to turn to tourism. To send out the message about this little corner of paradise, with its vegetables and unique landscape… Riding on a wave of enthusiasm for the project sponsored by the Caps et Marais d’Opale Regional National Park*, the local powers decided to construct a Wetlands Information Lodge– a “symbolic future tourist amenity for St Omer” which should officially cost around 12 million Euros. 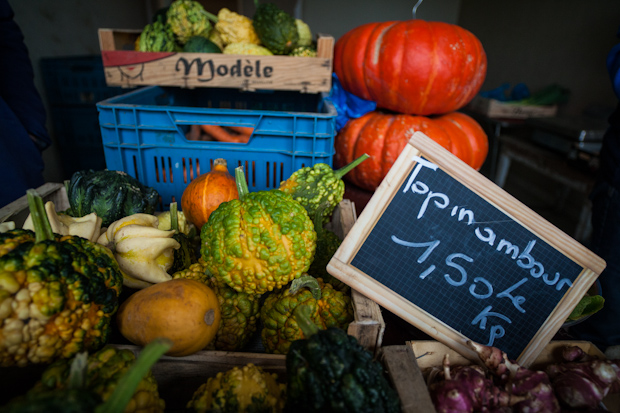 On paper, the project seems viable. But in reality, those who live and work here wonder. “ If I say to you that we’re very sceptical about UNESCO and the Wetlands Information Centre, please don’t go and write it”  one entrepreneur insists. His business attracts the Belgians, Parisians and even the Brits… So why turn down a bit of free publicity? “We’re waiting to see how visitors to the Wetlands Information Centre are directed to us”. And with good reason: the journalist (or if you prefer, the photo-journalist, born in the area), was the first to be led down the (market) garden path. He found the Wetlands Information Lodge.. a stone’s throw from Saint-Omer town centre: that’s approximately 5 kilometres from where you might rightfully expect it to be. “One thing’s for sure, once you come off the motorway, the Wetlands Information Lodge will be clearly indicated. Not so sure one can say the same thing for the marshes though.” Another local craftsman chips in with “Why come here just to eat when the square already has more than enough restaurants?” For another local market grower who lives in the main street of Clairmarias, a village on the edge of the marshes, “The Wetlands Information Lodge just eats up money. Why all the fuss about a Nature Lodge? What difference does it all make anyway?”  he asks with nasty intent, as the local council has just prohibited him from putting down rat-traps or poison to stop them ravaging his produce. 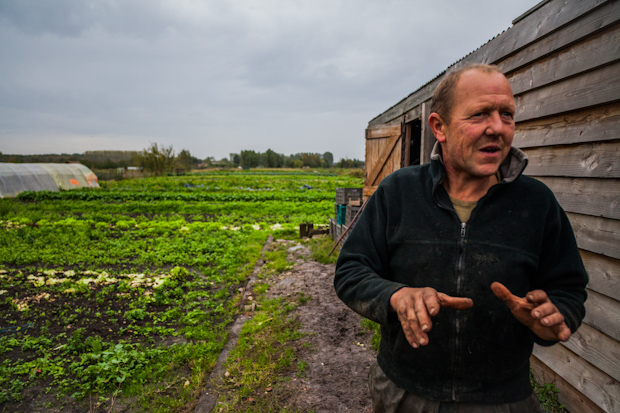 Some local market gardeners are sceptic. Protect the marshes, yes, pervert them, no! Photo: David Pauwels

For him, UNESCO recognition could even make matters worse. “It’s just going to attract tourists who’ll want to buy a house here as they happened to come on a sunny day. But when they realise that it often rains, they’ll quickly change their minds” the market gardener chuckles. His wife follows suit. “Some of our neighbours have already complained that our cockerel wakes them up at 6am. The police have already made my husband clean the road because of some traces of mud he’d left there… What can you do?”

And Lisieux in all that?

The locals who come and buy fresh vegetables are of a similar opinion. UNESCO? “It’ll attract new traders, like those near the church who sell oranges from Spain. But some tourists are stupid and think that they’ve been grown in the marshes!” Another mother has doubts about the government’s policy: “What lies ahead for our children except debts?” After chatting about Europe, the crisis, the job situation, the purchase of seed for next year and her two children, we got onto the subject of cauliflowers from Saint-Omer. And memories of the honeymoon of our garden marketer. “We went to Lisieux because people had told us that the cathedral was magnificent. We walked around the town centre but couldn’t find the cathedral. We left without even seeing it. We have to be careful that, with UNESCO recognition, people don’t come to Saint-Omer without even making it out to Clairmarais”

* We have used the word ‘’Lodge’ but there is no official name in English as yet.**This is the official name on the English page of their site.  ***At the moment of publication of this article, the Caps et Marais d’Opale Regional National Park and the local council had still not replied to our request for an interview.