INVESTIGATION.Scandinavian cuisine is hype.Belgium cuisine is fun.But the North of France is a (g)astronomic wasteland.Not a single Michelin star in Lille, and only a dozen or so scattered around the Nord-Pas-de-Calais, although the region is considered second only to Brittany for the quality of its produce.The gourmets await the coming of their chefs.And the chefs await the coming of their clients. 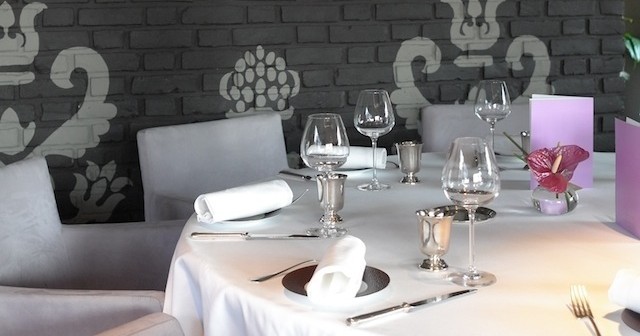 Michel Reutenauer doesn’t know what to make of it all anymore.Like many of his colleagues in the Lille metropolis, this ex-star from Mons (Belgium), today chef at the Carré des Sens at Villeneuve d’Ascq, waits dolently for his clientele.Should he offer an even more exquisite cuisine to reach out to the gourmets?Or drop the price to attract the masses?His neighbour has no such qualms.In his chip shop, he doesn’t know what the crisis is and shifts potatoes by the sackful …

The North’s a mystery when it comes to national cuisine.Four lonely stars in the most heavily populated department of France (Nord), eight in the Pas-de-Calais.And not a single shining star in Lille, after the Huîtrière lost its one and only star last year, and Jean-Luc Germont* retired last April. Bordeaux, equal to Lille in population, has five to its credit.As for Bruges, just down the motorway, you’ll find not one but two 3-star restaurants.The last time Lille had even two 2-star restaurants is pure nostalgia. Flambard (Robert Bardot) and Les Petites Sorcières (Ghislaine Arabian). Robert moved to the South of France, Ghislaine to Paris.

So who’s to blame?Michelin?Jean-Luc Germond vividly remembers a passing remark made by an inspector some fifteen years ago.“At Lille, there are only country bumpkins who don’t know how to eat. “Jean Luc wonders if the red guide does not perhaps penalise any region that is not outright touristic or that does not have a vineyard to its name.Jean-Louis Duchêne (Au goût du jour, Lille) wonders how one can make the inspectors’ tastebuds water.“Do you need to have your head in the culinary clouds to get them to react?” Yet we need to be in their reference guide. Interviewed by the regional magazine Nordway, Juliane Caspar, chief editor of Michelin, refutes all accusations of ostracism.“We don’t have quotas per town or per region:the stars go to places where our inspectors come across good restaurants.They’ve already started their tour of the North and it’s not out of the question that things change in the next guide”; she assures.

It has to be said that behind the media pilot whales like Alexandre Gauthier (La Grenouillère, La Madelaine-sous-Montreuil) et Marc Meurin, regional hotshot with his two stars and three establishments (including Château de Beaulieu, à Busnes), an elite group of up and coming young chefs are hard on their heels. Steven Ramon, ex-sous-chef to Benoît Bernard at La Laiterie à Lambersart, kept the restaurant’s star after the departure of his mentor. At present, he is looking to settle elsewhere. Nicolas Rucheton left la place Vendôme in Paris for Petit-Attiches, a village on the outskirts of Lille with great hopes for his restaurant The Esssentiel. Benjamin Bajeux, former young talent in the guide Gault et Millau, spent time with Alain Ducasse in Monaco and New York before recently opening The Balsamique at Wambrechies. Nicolas Pourcheresse, former chez with Alain Passard, ‘starred’ at the beginning of 2000 in Savoie before taking over the Meert in Lille, has just come back from a voyage of several months on the other side of the world with the desire to pursue his personal project at Lille. Not to mention Florent Ladeyn, finalist of Topchef, who, besides his Auberge du Vert Mont in the countryside, will open a second restaurant in the capital of Flandres, (Lille) before the end of the year. The others chefs of the Lille metropolis favour teamwork. Last March, eighty establishments took part in the Printemps des chefs (the Springtime of chefs), a showpiece organised by the CCI of Grand Lille to promote regional cuisine, serving 2,600 menus at attractive prices for a week. And 25 promising regional chefs recently found themselves together under the same book cover in a publication signed by the gourmet columnist Yannick Hornez.

Is Northern cuisine back on the right track then? Not so sure. Because chefs are only half of the picture. You need customers too. And that’s the sticking point. Certainly, the economic crisis is rampant and particularly so in the Nord-Pas-de-Calais, which has an unemployment rate three points higher than the national average. But the reason for Northerners lack of appetite for good restaurants has its roots elsewhere.

“In an industrial region with high immigration, people go to restaurants to eat, not to give themselves a treat”, Yannick Hornez analyses.

Something that Benoît Bernard, ex-chef of the Laiterie on a sabbatical voyage at present, confirms. “Here, we don’t have that culture of fine cuisine.” People want to eat with their mates in a brasserie. And business men prefer to sign the contract before eating. Nicolas Rucheton has found this out to his cost. “You have to go looking for clients. Make them understand that you don’t do chips. That they can follow our advice within a set menu. And it won’t cost them any more than a Sunday pub-meal.”

Chips and while you’re at it, why not maroilles? It has to be said that the film Bienvenue chez les Ch’tis didn’t do us any favours. If today 20 million Frenchies think that Northerners dunk their bread soldiers with a stinky cheese in their coffee (pure fantasy of Dany Boon), French Northerners readily identify with the happy-go-lucky Ch’ti character. Result: Eul’ cuisine ch’ti (The Ch’ti cuisine) has become a best-seller with 14,000 copies sold. And a brasserie a stone’s throw away from the Grand-Place of Lille is now offering a “Ch’Tiots Biloutes“ (Ch’ti friends) menu. Enough to make Jacques Messiant cry, historian of Flemish cuisine who contributed to the Heritage Inventory of Northern Cuisine in the 1980’s as well as the Encyclopedia of Paul Bocuse. “No editor will ever get me to write a recipe book with the word ‘Ch’ti’ on the front cover”, he hammers home with his fist. And Benoît Bernard adds for good measure: “I’m proud of the North, but I don’t want to sell maroilles.” He’s also angry with local politicians. “Martine Aubry sees no interest in gastronomy in the North. She prefers to be seen eating chips at LOSC matches in the evening.” The interested party didn’t wish to reply. Yet her predecessor, Pierre Mauroy, displayed his liking of fine food without reserve…

The last thing is the produce. That alone should give the North a good name. Boulogne-sur-Mer is, as you know, France’s biggest fishing port, with more than seventy species landed every day from the North Sea. Apart from maroilles (with its PDO), there are some hundred other cheeses in the Nord-Pas-de-Calais. The North can boast its poultry of Licques (comparable to that of Bresse) till the cows come home not forgetting the Ratte potato of Touquet, the cauliflower of Saint-Omer (second producer after Brittany) or pork from the ‘High Country’, raised on linseed, fetish ingredient of Florent Ladeyn. But being naturally discrete, Northerners don’t brag about such things. As Marc Meurin underlines with irony, “If a Parisian knocks together a dish with endives, they’ll write about it in the Figaro. It high time that the media drop their cliches. Cos when Gault et Millau print an article ‘Bienvenue chez les Chtis’ for Nicolas Rucheton’s restaurant, that might make the magazine’s editorial staff and a few Parisians laugh, but that doesn’t help our region that is already in need of a helping hand with their media image.”

*Jean-Luc Germont retired last April but his restaurant, which he sold to a land developer, is still strangely on the NET (for posterity?)

To read or re-read on DailyNord (in French) :