RC Lens under Azerbaijani control: “The image of the club is not projected by its directors, but by its public”

FOOTBALL. And Gervais Martel is back in the running. The emblematic President of RC Lens, given the elbow last July by the bank ‘Crédit Agricole Nord de France’, is staging a resounding comeback to once again steer the club with the support of Hafiz Mammadov, founder of the Baghlan group, in Azerbaijan. To try to see things a bit more clearly, an interview with Benoît Dequevauviller, journalist and specialist on RC Lens. 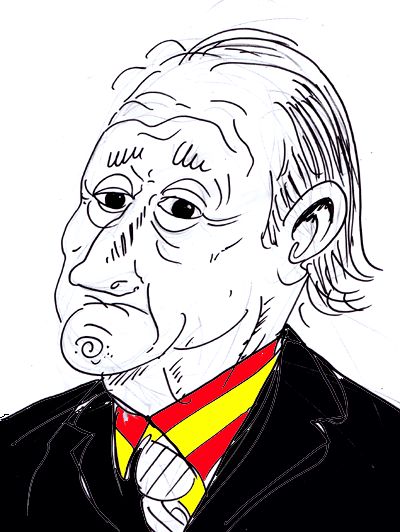 DailyNord: Are you surprised that Gervais Martel is back in the driving seat?

Benoît Dequevauviller: No, not at all. It doesn’t surprise me because on the 02 July 2012, when the number 2 of Crédit Agricole Nord de France, Michel Faroux, asked him to resign, Gervais Martel said: “I’ll be back.” Knowing the fellow, his tenacity and his commitment for 23 years at RC Lens, I knew therefore that he’d do everything in his power to stage a comeback. But we didn’t know with who…

WHERE TO FIND THE MONEY IN OLD EUROPE?

DailyNord: Exactly, isn’t it strange that his principal financier comes from Azerbaijan?

Benoît Dequevauviller: No. For one good and simple reason: Today, there’s no money around in Old Europe for football. At least, not to play a major role. We can see this with all the clubs that were bought out these last few years, the money comes from Middle-Eastern or ex-Soviet Union entrepreneurs who’ve made their fortunes in gas or petrol. To go and find the money in Azerbaijan was an obvious solution for Gervais Martel. In Europe, with a few exceptions, like Bayern Munich, which has built a long-term strategy, it’s difficult to stay at the top without backing from those regions of the world. Look at Marseille and Lyon, who are under financial pressure…

DailyNord: If Hafiz Mammadov lends money to Gervais Martel or invests directly in RC Lens, no doubt he’ll have a say in the club…

Benoît Dequevauviller: Of course, that’s more than likely. After all, that’s all part of a global strategy. He’s invested in several clubs, Athletico Madrid, FC Porto. The strategy will become clearer in the months to come (*), but one thing is for sure: Azerbaijan wants to build a competitive national team. By investing in RC Lens, we’re certainly going to see some Azerbaijani players learning the ropes at Lens’ training ground before going into battle at RC Lens. But a word of warning still: Mammadov hasn’t invested 200 million Euros, as is the case at Monaco. There’s talk of some twenty million Euros “only”.

DailyNord: Enough to win promotion to the Premier League at the end of next season?

Benoît Dequevauviller: Enough to build a feasible project for the future. It’s an important sum of money when you look at the average budget of a second division club.

DailyNord: Can we hope that RC Lens will become a future PSG or Monaco?

Benoît Dequevauviller: Difficult to see that far ahead. Lens is back on track at least. Considering Mammadov’s wealth, we can assume that if RC Lens goes up to the Premier Division, the club will be able to defend itself financially.

DailyNord: Some wonder about the origin of Mammadov’s money. Isn’t it a bit awkward to take this money?“PETROL REPLACES COAL”

Benoît Dequevauviller:  Today, if you are keen on football, but you don’t have the money, you’ll end up kicking a ball around on a Sunday morning… We’re in a world of free exchange: If Crédit Agricole considers that it’s not dirty money, then why not accept it? The Lens mining region deserves it. And so what if petrol replaces coal in the equation? Me, I don’t want to judge people on their appearance: Mammadov was perhaps in the right place at the right time, or perhaps he’s a bit smarter. If there are doubts about his money, it’s for the financial supervisory authorities to intervene.

DailyNord: But when RC Lens is described as a working man’s football club, this type of mass investment is completely paradoxical?

Benoît Dequevauviller: The image of the club isn’t projected by its directors, but by its public. As long as the money comes from somewhere, whether it’s Aix-Noulette, Hicksville or Azerbaijan, where’s the problem? The club is identified with its supporters, not its directors, investors, or even trainers who don’t last longer than a couple of seasons, nor the players who have become mercenaries … So, if a bit of money comes the club’s way so that it can plan for its future, which might in turn entice back sponsors who have deserted them, that could, on the contrary, reinforce the working class identity of RC Lens. And get the supporters back through the Bollard turnstiles, which didn’t turn quite so much this year…

DailyNord: Crystal ball instead of football for a moment, the LOSC is tightening its belt right now… How do you feel about that?

Benoît Dequevauviller: The LOSC has seen a couple of players from an extraordinary generation and had a bit of luck. I think the directors have made the same mistakes as those at Lens 2003-2004: Upping salaries and letting titles go to their heads. So now, it’s time to use the whip. Nicollin, the President of Montpellier FC was more intelligent: Last year (when the club were champions), he announced that he wouldn’t increase wages as his friend Gervais had done early in the last decade. The result of all that is that Montpellier is back to normal -position- after an extraordinary year.

(*) In the sports newspaper Equipe on Saturday, the subject of Azerbaijan’s interest for the Louvre antenna Museum in Lens was evoked, which might explain, in part, their arrival at Lens.

Benoît Dequevauviller is the author of several books on RC Lens published by Les Lumières de Lille. A new opus will be published at the end of August.